The majority of Sherlock customers deliver their product data via Segment.com. This guide was designed for those who are not currently using Segment to send data to Sherlock - but planning to. It was designed to offer tips and best practices for implementing Segment in order to get the most out of Sherlock.

You can read this guide all the way through by scrolling down - or you can jump to a specific section from the menu above.

As a reference, we have included a sample tracking schema for tracking the engagement with your product. We are including just the basic track, identify, and group calls that you should make with specific actions. 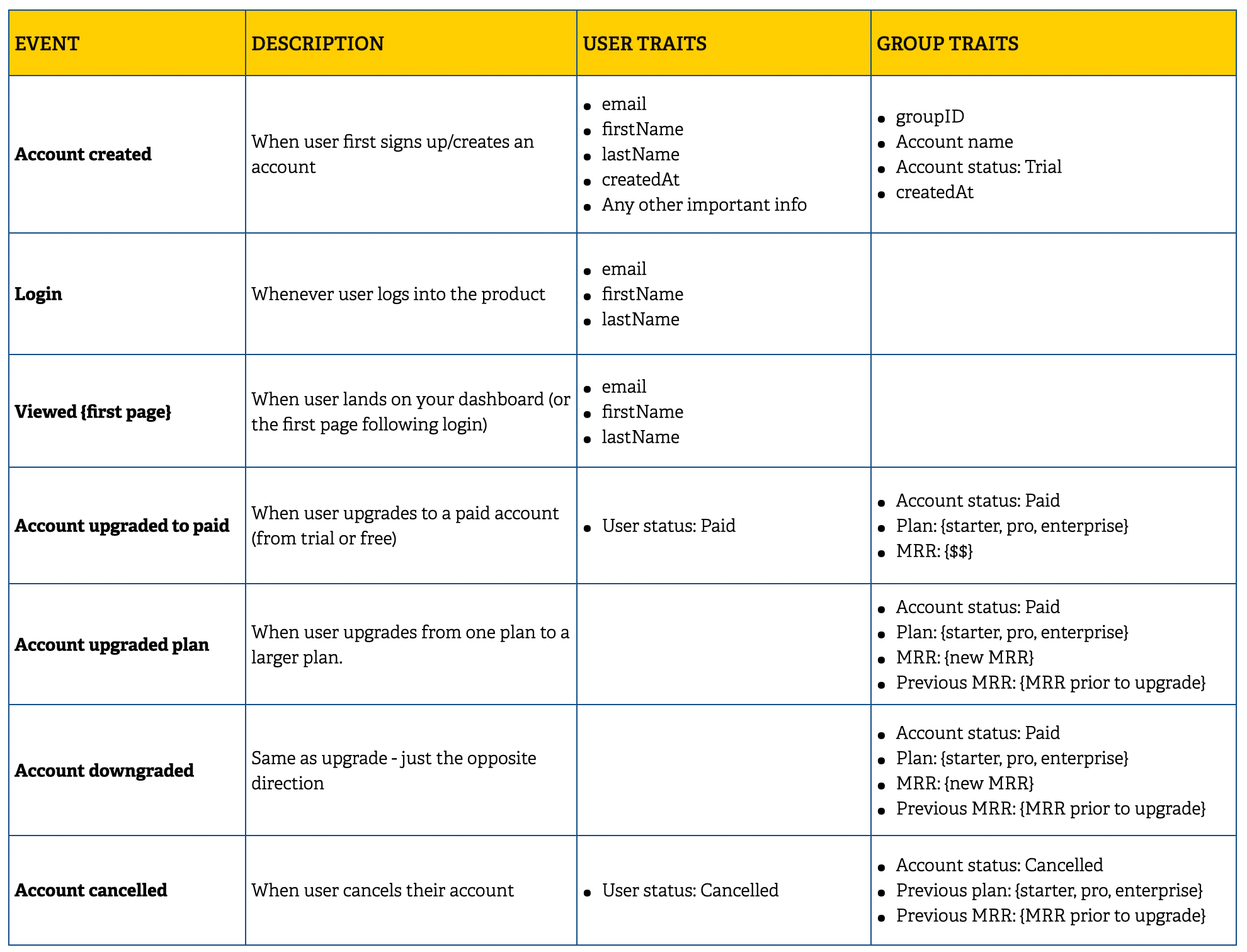 As we said earlier in this doc, this schema represents a starting point for tracking your SaaS application. The rest of what you track will be very specific to your product. Tracking your product engagement is a continuous process. Focus on the 10-30 most important events that define engagement in your product and get those into Segment as soon as possible. You can add, expand, and optimize your tracking over time.

Once you have these 10-30 events in Segment, you can push them to Sherlock immediately and unlock the value of engagement scoring for your entire operation.
‍

One of the biggest challenges with tracking your product data is keeping track of all the data that is tracked and making sure that your entire team understands it. We do this in a Notion document and it has been very helpful. We have translated our document into a template that any Notion users can use to track and communicate their own product data. You can find it at this link. 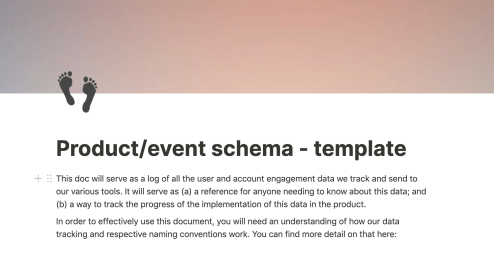 You can read more about how to use this doc on this post.